If you are used to passing by my little space on the internet, you must be bored by now. October was slow here at Benjamin WATCH. I went to watch other places. Am going to tell you all about it in this one. Where to start from is my problem but I think I have myself together. When am not writing here am reading a lot on other blogs, across the globe but with interest in Africa. I make sure I share what I read on Twitter mostly. I will share even what I didn’t enjoy only because I know someone out there will relate to it but I have not come across those in a long time. I like largely what I read, if I don’t agree sometimes with ideas and I try to press it to the writers if they bother about the comments section. In the African blogging arena, I do more learning when I read and I am always moved to be truthful.

Let me stop with the chit chat and tell you why my blog has been inactive. Bloggers always want to explain why they are not posting. In October I did write but on other sites and with other bloggers. On my writing expedition, I was invited to at least two blogging series. I did a total of three write-ups in the blogging series and then two joint blogs with Michele Nagawa. I also did take part in a project on the 11th of October about the Day of the girl child under the auspices of Nicole Kurebwaseka making a total of 6 six articles in October.

I will start with the My Ugandan Story blog series by Racheal Kizza. It was basically about Uganda and 58 years of independence. I was the 10th blog out of the order of 11 and my piece was about rugby. You can follow this link (My Ugandan Story: The History and Future If Ugandan Rugby) to read it. Meanwhile, I still can believe Racheal gave me the opportunity for those who know her and her work you will understand it was a very enormous fit for me. Am still thinking of how I will pay her back, for now, am enjoying the sunshine she did shade to my blog life. I don’t have the words to explain the excitement but all I know am happy I did work with her.

I was also able to finally work with Michele Nagawa who had approached me in June for a joint blog post. It took me time to settle and when I did I reestablished contact with her. I did email her two drafts to choose one but she was very fine on working on both and she proved to be a workaholic by finishing her bit in a matter of hours. We did get a lot of positive and critical reactions from the readers which in turn makes us better writers. Of excuses and dating was the first one we put out and later followed by I am scared to lose you was the other we did together. Working with Michelle made me think of me doing a special variety of writing someday. But I need an honest critique of the two pieces. Because they were fully more of a 50/50 input.

On the 11th of October, Nicole Kurebwaseka helped me write on the “Women’s Voice Zimbabwe” and along with other writers, we did a “Letter to the Girl Child” a piece I admonish all of you to go read for the sake of the motive behind. 11th of October is the international day for the girl child meanwhile.

It was also in October that I fell out with the Uganda blogging community. They have since deleted the tweets they deployed to try and scar me publicly. I was never going to talk about what happened, but I have these boys, I play with rugby who are 10 years younger than me. They waited a few days and approached me to ask about what had happened between me and the Uganda Blogging Community. At first, I told people what could possibly go wrong between me a nobody and a community of hundreds of people. That was in the bid not to explain.

I did get into a scenario of a dance of dragons. Because of some blogs posts am not allowed to travel to about 3 countries so internet controversy is something am used to and I actually relish it so long as I stand by my sound brain. And that is what happened between me and the President of the Uganda Blogging Community which is basically the Uganda Blogging Community.

I did attend a blogging class in 2016 and by then I think I had only 4 or 6 blog posts. The class was organized by Uganda Blogging Community. I have tried whenever I had time to attend the monthly meetings for bloggers whenever I can and I have learned a lot from them. This year I got to give some of my time to the Uganda Blogging Community during the UgBlog Month Challenge and then they kicked me out with no official communication. I walked away and I honestly was not bothered not being on the table calling shots.

Little did I know my notions were not in the interests of the betterment of bloggers. It’s on that eventful Sunday when the current President of the Uganda Blogging Community through WhatsApp expelled me from the community for reasons I will never understand because I don’t know what happened in the first place. Her actions nearly made me understand why Trump had called Kamara Harris a beast that same week, but then am not that type of person to equate humans with animals even when some people act like them.

I believe the intent in the tweet was a betrayal, one archived to large proportions. Because up to this moment I still have to explain to people what happened. The wages for betrayal are extinction one way or another that history tells us. I will not be a Steve Jobs in the incident after he… being fired from his own company Apple. I want to be Iran and Trump and wait it out. Besides I was never a legal member of the community however much I did associate with it. I never paid the annual subscription that is why my blog never had the Ugbloc seal. Starting another blogging community in Uganda would mean I didn’t learn from the dance of the dragons which meant conflict with no reason is for nonentity.

That was my October blogging wise. November I will do three blog posts on Benjamin WATCH and they will be my last sole blogs for the year. Am going to dedicate the rest of the year to working with other content creators. The next time I will be telling you what I have been up to content-wise expect very many new bloggers, podcasters and vloggers across the world., Look out for my “if I died today”, I will be writing on the Nile again and then lastly I will do that write up about religion and the occurrence of genocide through human history.

For now, I will be reading whatever I find, I would still love to see you tag me in your work and share with me whatever else you discover from other content creators. I have a lot of time on my hands. In fact, I wonder why I subscribe to some newspapers since I read blogs instead. They are more down to earth.

25 thoughts on “Why my blog is Inactive lately” 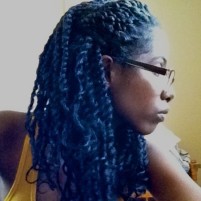