I started my search for a university when I was in Kenya, for a month-long holiday. Why was I trying to get admitted to a foreign University? I believed in the East Africa Community since I could cross the border anytime I wanted to go visit relatives, at some point I was a more of a resident. I visited two Universities and I was disappointed because I would be given a different fee structure from that on the website because I was a foreigner. It’s then that I realized that the EAC that we call the community most times was delusional. Funny thing through my time at University and in my bid of other educational endeavors the Rwandans seem to study at the same rates in Uganda just like us the locals. The president of Uganda His Excellency Yoweri Kaguta Museveni has in the past disapproved in public about the educational fees in Uganda but no workable reforms have been put in place.

Today I want to point out some of the troubles of the East African Community (EAC) that endanger the possibility of the end goal of the East African Federation is supposed to be one of the biggest countries in the world. As I write this, the East African Community is an intergovernmental organization fabricated of six countries in the African Great Lakes region in eastern Africa. Which is the first trouble because of man initiatives but nature controls. They are Burundi, Kenya, Rwanda, South Sudan, Tanzania, and Uganda and Paul Kagame, the president of Rwanda, is the EAC’s chairman. He has been chairman of the community at a trying time not just for East Africans but the world. Meanwhile, the pandemic showed more troubles of the EAC. But am not here to talk about the global disease.

This is a blog post, more of a conversation over a beer on an evening or coffee and Lemonade for others. It’s not an academic paper. Am neither a scholar nor a politician. I recommend you look for Professor Ali Mazrui’s work if you prefer the academic and expert view of things. Now you can take your place as I comment on the EAC and why I have lost enthusiasm in its future. All the issues that affect the existence of the EAC or threaten the future of the Federation all fall in the aspect of the Geopolitical.

What is Geopolitics for starters, because it’s made up of two words? Geo and politics, both words having their origin from Greek literature. Geo means earth from the god of the world in Greece and Politika was a book by Aristotle about the policy of how countries’ leadership can work. Geopolitics is the politics of physical space, the politics of the terrain ( landscape) texture of the East African Space. That is why you can’t talk about the formation of the East African federation and don’t bring up the Intergovernmental Authority on Development which is an eight-country bloc that includes countries from the Horn of Africa, both Sudans, Uganda, and Kenya. At the same time if you have Uganda in the picture then the Democratic Republic of Congo making up the Nile basin fully. These are more of tentacles the EAC but in actual sense, they are the real East Africa as a region. The vastness of the actual EAC is not just a threat to the African Union but to all global players. In fact, the EAC at the same time is a chessboard for the trade war between China and the USA which has lost its grip on the world. This aspect makes the EAC a victim of multiple world interests.

We have established the possible landscape of the Federation from the Atlantic to the Indian Ocean to the Red sea. If the East African Federation was to be a thing there is a serious predicament of Statecraft because for countries like South Sudan and Burundi that are Semi failed states and others are managing to stay afloat, how then can they, come together to form one big country in such a stature. Statecraft is basically about who gets what, where, when, and how of the resources from the terrain bringing organization society and geo-economics that I will bring up in a moment. Rwanda is emerging as a powerhouse in statecraft, post-1986 Uganda sent it’s official to Tanzania for training in statecraft.

I would not be wise and fair not to point out the Human dimension of East Africa. It’s a very sensitive issue. But as Sir Halford Mackinder put it History and politics go hand in hand. He may have been an imperialist but integration at the scale of EAC will always have imperialist traits. The GeoHistory of region is delicate that in modern n times one of the country’s face a genocide which affected every human in the part of Africa. There can easily be another genocide in other parts of East Africa, if the world genocide had a definition globally accepted the post-2008 Kenyan elections would have passed for one. The issue of ethnicity is a very big problem that undermines the chances of a federation with all member countries currently possessing questions to be addressed in a cohesive country is to be formed. It can be a hardship for the federal government to allocate resources when the question of which ethnic group has a claim to the territory where the resource for the case of oil is acquired.

In the past, there has been a trial by various East African countries to stage the geostrategy and this has involved military operations and tactical plans in order to control territorial control. The Ugandan military after it was restructured and refurbished. It went onto excursions, not forgetting that the group that established the current Rwandan state was part of the Ugandan army that had taken part in the liberation war, just like the ANC military wing that too took part in the bush war that changed Uganda. After Rwanda, the Ugandan army toured the DRC and the International Court ruled that there was an issue of plunder. Uganda was the first country to send troops to Somalia peacekeeping mission. Uganda has done tours in South Sudan and currently, the Ugandan boots are as far as the Central African Republic. Rwanda has followed by sending peacekeeping troops to Darfur, Burundi a failing state has troops in Somalia and after a terrorist attack in Nairobi, Kenya Military sent troops for the first time out of the country to Somalia. All these moves were about regional and national interests and show of military power in the region. At the high of the M23, a rebel group that was operating in the Kivu State in the DRC the UN Security Council suggested that regional countries participate jointly to form a peacekeeping force to take on the M23 that was threatening the peace of the region. Only Tanzania did contribute others failed, it was reported that M23 was supported by both parties in Uganda and Rwanda but there was never evidence brought forward. The force made up of Tanzanian putting on United Nations uniforms went onto an offensive and in a matter of weeks, the M23 was no more a group that was taking territory from the DRC army. Tanzania then sent a strong Geostrategy message to the region. The military theatrics weakened the formation of the East African standing army and the possibility of the whole federation.

After Tanzania through the United Nations peacekeeping force made a statement, the coalition of the willing was formed. These where members of the East African Community that claimed to fast track the formation of the Federation which was more of an attempt to sideline Tanzania. How did the Tanzanians respond, they Capitalized on the Southern African Development Community (SADC) a block of about 14 countries. This was a big threat to the EAC because Tanzania is an original member of the community with the capital. But Tanzania has the best reputation when it comes to relative peace so it’s moves are always valid to the public. In the South of the continent, they are respected to have hosted the Liberation Headquarters of the ANC and other groups that were fighting white supremacy on the continent. Tanzania has a record of going the opposite way not just in East Africa but Africa, when Uganda and Ethiopia were hosting peace talks for the Nigerian Civil war Tanzania was recognizing the sovereignty of Biafra the breakaway region.

Why was South Sudan admitted so early to the EAC is another sticking issues, the country is just 9 years, they have failed to pay annual contributions that each member state is supposed to pay for the running of the operations of the community at the moment. South Sudan is a clear failed state that refused the assistance of other neighboring countries to set up institutions. As a member, it lags the community to the formation of a federation.

The issue of the East Africa Community parliament at the moment is a joke because the members of the legislative arm or the EAC are not directly elected by the people. They don’t represent any local geographical areas. This element undermines the legitimacy of the body. It’s the laws made there that are to facilitate the formation of the federation, they partly are supposed to put policies in place to form a joint East African Currency. This brings us back to the issue of Geo-economics. In the past Kenyan banks have established themselves as the controller of the region by buying off smaller banks through the region to the DRC. Kenya having the strongest economy has used economic means to structurally influencing the region. This is one of the reasons the oil pipeline from Uganda was shifted to pass through Tanzania to check on the Kenyan economic power. This all happening in an arena that seeks to be one country.

The EAC members don’t have a big boy in the region, one that can control all the rest. None of them has the power to make things move to the direction of the federation. No county has the ability to archive the desired goal. Those with the economic ability don’t have the political upper hand and the social capacity to influence others or resist them in cases of a deadlock. Because of these issues, a drawing board is needed.

3 thoughts on “The Cracks of the East African Community” 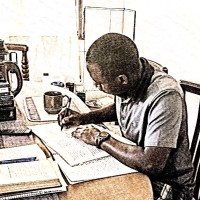 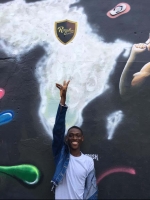 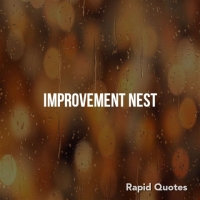