A never-ending chain story by the Afrobloggers community
It was a time for the planting season to begin and you’d expect everyone to be elated but for the rains. They had come too early… …and far too much. The earth became a soggy porridge, a fertile breeding ground for a very unexpected harvest. [Tawa of Gentlegiantblog & Beaton of BecomingTheMuse]

The year was 2025. 5 years after the fatal and brutal COVID19 had ravaged the world and left it empty. Almost. You see the world as we all knew it prior to 2020 was now a memory. A distant memory that no one wanted to talk about. [Sophie of akitcheninuganda.com]

The few of us who had survived the fatal virus now lived in groups we called tribes. Trying to live everyday. Fearful and distrustful of strangers. Never venturing out of the zones we had set for ourselves. [Mable of Mablesrants.wordpress.com]

Mona was the outlier of her tribe. She was 23 and had survived the pandemic. She felt life had to be lived in faith and without fear. Unfortunately for her, her newfound love for life was also the newly discovered fear for her parents who felt safer living within their zones. [OMT of http://www.omtsdigest.com]

So Mona’s faith couldn’t push her through. Fear still covered her like another pandemic was yet to come. In her zone, her girlfriend constructed a mansion where they all lived like it was a little country. Some farmers, others tailors, other saloonists other chefs, they grew their food and partied there own bar just like in the same compound. [Kadali.Bartlett of Kadaliblog.wordpress.com]

Life was not as Mona and her friends had known it, but through the stories of pain and survival, they managed to get through the days. Each time she saw her parents and how her mom seemed safe in her father’s arms her heart ached as she remembered her love [ScotchRoyalty of scotchroyalty.wordpress.com]

Locked in her fear, Mona decided to ask God for strength and restore her faith. Deep down she knew that nothing comes easy but she believed that God will make things right and erase the fear that clouded her and her parents and live a life filled with happiness. [Nikki_zw of humanityboss.blogspot.com]

One night, when the clock hit midnight she felt an energy in the room. She heard a woman’s voice say, ‘I am here to lift you up and remove all fear.’ She opened her eyes and saw nothing but still felt this woman’s presence. ‘Who are you?’ she asked. ‘I am the ghost witch.’[BecominguBu of becomingubu.com]

Mona knew the witch’s visit was the beginning of the adventure she had been waiting for all along. Just as the ghost witch had said, her fear was erased by her longing desire for something different. Something new awaited her.
The witch only had one question for her, “Are you ready?”. [Tanaka of Passion Victim Blog]

She held in her hands, a book of which she said “contained all the places in the work beyond the Aksum zone she could visit.”
It was at that moment her spirit fully awakened as the raging soul storms calmed, “Lead the way”, she said. The ghost witch took form. [rasmunroe of My Story, My Own Words]

A breeze filled the room and Mona saw the fairest creature in front of her. The sight of the Ghost Witch was overwhelming. The Ghost Witch stretched her hands towards Mona as the breeze grew stronger forming a whirlwind. Mona took the hands, held on tightly and closed her eyes. [Miss_Kayzi of Chipo_kayzi]

Mona couldn’t help but imagine the beautiful world that awaited her and as the speed of wind increased, she could no longer feel her body. It could have been an hour of spinning in the whirlwind but when Mona opened her eyes, she was lying on a pile of snow. [ChristianBlogGh of TheChristianBlog.com]

Mona had never known snow could have such novelty, a vast playground before her. Jumping up and down, sliding and rolling on snow in between squeals of joy. The joy was only broken by a delightfully eerie voice, ‘Come, Mona, let’s go.’ Tail wagging Mona ran after the ghostly human form sliding over snow. [Blesmore]

Mona went on with the witch across a snow-covered lands and dawn fast approaching they arrived a beautiful green place where she met other creature like beings that looked exactly like her girlfriends with tails too but didn’t recognize her. [Benjamin Watch]

RULES:
 read then copy and paste the entire post including rules
 start a new paragraph Max 50 words
 include a link back to this post so we can keep track of the stories
 also include a link from the previous story entrant (the one you continuing from)
 Tag the person who is next so they know they are up.
 For a list of the other participants and full rules check Afrobloggers Post
 contact Afrobloggers to be part of the line-up of participants
 If you are not part of the list or do not wish to join the never-ending chain story, you are still free to use the story as a prompt and continue it how you wish on your site just link back to original Afrobloggers post. 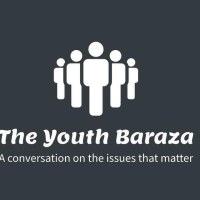 For My Loose Thoughts And Subtle Prayers

An online literary bookstore promoting readership and authorship in Uganda and Africa at large.

A conversation on issues that matter

Life of a Mind!